The Big Picture – Why Wales?

Wales is a nation within the United Kingdom (UK), with a population of just over 3 million, and its capital city, Cardiff has 346,000. 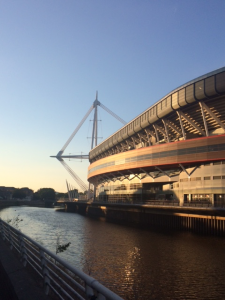 Wales has had a regional government, the National Assembly of Wales, since 1999, with a range of devolved powers under the UK government.

Wales has been known as a land of song and a land of revivals, the last of which was in 1904/5. Since that time, there has been a steady decline in church attendance and closure of churches has been higher than in any other part of the UK. Evangelical Alliance (Wales) research suggests that there are about 60,000 evangelical Christians in Wales (2%), though around 7% of the population claim to attend some form of church regularly. A large proportion of the churches in Wales are made up of 25 members or less, usually elderly, and many towns and villages have no evangelical witness at all.

In recent years, there have been encouraging signs of growth, and churches and church leaders are increasingly having fellowship across denominational lines. Increasingly, there is a move both to proclaim the good news of Christ Jesus, and to demonstrate it through good works, community engagement and training. Please take a look at the Evangelical Alliance collaboration called Gweini, which means ‘to serve’ in Welsh, this agency facilitates the Christian Voluntary Sector in Wales. For training please visit Caleb.

There has been a strong commitment to revive and give equal official status to the language of Welsh, and to preserve Welsh culture. About 22% of the population speak Welsh, mainly in the West and North West, and Welsh language education is flourishing, particularly among the ‘middle classes’ in the cities. With ageing congregations however, the decline in Welsh-speaking churches is deeply concerning. This has led to another Evangelical Alliance collaboration called Waleswide, which has a vision to plant and strengthen churches across Wales, including those that are Welsh-speaking. There is also a growing commitment to prayer and leadership development in praying for the nation, visit New Wine Cymru for more information.

Our prayer is that the Holy Spirit might revive the church again and touch the secular, hardened hearts of the vast majority who are increasingly ‘post modern’ and ‘post-Christian’.